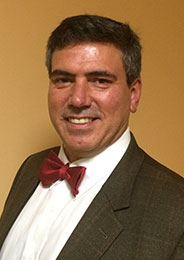 NEFI is pleased to announce that Sean Cota has been named NEFI President and Chief Executive Officer, effective December 8, 2017. Cota has been working full-time at the NEFI offices in Worcester, Massachusetts, actively managing the organization's leadership transition and overseeing its staff.

Cota comes to the association with an extensive industry background. For nearly 35 years, he worked for his family's full-service heating oil and propane business, Cota & Cota of Bellows Falls, Vermont. Cota served as President until his retirement from the company in 2011.

Sean Cota has served on the NEFI Board of Directors since 1990 and as its Chairman from 2008 to 2010. He also served as Chairman of the NEFI Government Affairs Committee from 2002 to 2006. Additionally, Cota has held the Chairmanship or other top leadership posts at a number of state and national associations, including the Petroleum Marketers Association of America (PMAA), National Oilheat Research Alliance (NORA), and Vermont Fuel Dealers' Association (VFDA) among others.

During his three decades of association volunteer work, Sean Cota has been a fierce advocate for issues important to heating fuel marketers. He has attended countless meetings at state houses and on Capitol Hill, testified more than a dozen times before Congressional committees and regulatory agencies, and been interviewed by the local, state, and national news media on a wide range of topics.

In delivering the announcement to NEFI's Board of Directors last week, NEFI Chairman Mike Estes of Estes Oil & Propane said, "I am very excited our friend Sean Cota has been hired as our new President and CEO." He added, "Sean's knowledge of our industry, from both operations and legislative standpoints, will go a long way towards fulfilling NEFI's vision of being the voice of the deliverable fuels industry in the region and in Washington, DC."

NEFI congratulates Sean Cota on his new position and looks forward to a bright future with him at the helm. Look for more information in future editions of NEON and in the January/February issue of Oil & Energy Magazine.